Today, people pay great attention to their diet and nutrient balance. Vitamin B12 is no exception. That is also very good!

Although the healthy person rarely has a vitamin B12 deficiency, it still occurs here. If you’re a vegetarian or a vegan, you’ll need to be even more careful. The plant-based diet often leads to deficits.

If you know about a deficit (the family doctor will help you here), you have a cornucopia full of vitamin B12 preparations in front of you. Which preparation do I use when? Is there any wrong preparation at all? Is there an all-rounder? All in turn.

A jungle of vitamin B12 preparations. What should you consider here?

There are various forms of vitamin B12 preparations. As capsules,as lozenges or as a liposomal solution for oral use with liquid – more on that later. Even syringes can be found under the offers.

Even the dosage varies between 3 micrograms and 5,000 micrograms. Bioavailability plays a major role here.

It indicates how quickly and how much of a substance is actually absorbed by the body. Bioactive forms of vitamin B12 have a particularly high bioavailability and unfold the effect accordingly well. These include adenosylcobalamin, methylcobalamin and hydroxocobalamin.

Is there the ideal vitamin B12 preparation?

There is no consensus as to which active ingredient is actually the best. This varies from case to case. Serious illnesses or other extreme cases can even justify vitamin B12 injections.

In general, the natural and bioactive forms (hydroxocobalamain, methylcobalamin, adenosylcobalamin) are the vitamin B12 active ingredients that are most recommended.

Methylcobalamin and adenosylcobalamin are both bioactive and important for various metabolic functions. Hydroxocobalamin also promotes the formation of a vitamin B12 depot. In addition, this form has a detoxifying effect.

By the way, the vitamin B12 intake via food works exactly the same. In a natural way, you would also take the three bioactive forms.

Synthetic cyanocobalamin, on the other hand, is not recommended. According to studies, it is also effective, but is poorly exploited by the body and quickly excreted. It also stores itself inside cells. It is not yet clear what the consequences will be.

For all preparations, the following basic rules can be used:

What is the ideal dosage for vitamin B12 preparations?

Depending on whether you are healthy or have special requirements, the daily B12 dosage is different. The need is also extremely individual (according to a 2009 study by Hoey, Strain, McNulty, DOI: 10.3945/ajcn.2009.27230C), which is why your GP can help you here.

It is important that the amount of vitamin B12 required has little to do with the dosage amount. A distinction is made here between active and passive recording:

Let’s take a look at the usual dosages:

Also keep in mind: The absorption rate ibs with conventional preparations is usually low. Often, at a dosage of 1,000 micrograms, only 13 micrograms actually reach the cells.

What should be considered when taking vitamin B12 preparations?

There are four roughly distinguishable ways to take vitamin B12:

Preparations in liquid form (like most liposomal products)are particularly good to swallow, even for people with swallowing problems. According to a study from 2018 (Ilias Katsogiannis et al, Evaluation of liposomal B12 supplementation in a case series study, 2018, DOI: 10.15761/GDT.1000160), they have a measurably effective intake.

The body copes very well with liposomal preparations and absorbs high amounts of vitamin B12.

Vegetarians and vegans beware: What about additives in vitamin B12 preparations?

Magnesium stearate, aspartame, titanium oxide and stearic acid are controversial for additives. However, there are hardly any meaningful scientific studies on these substances – neither positive nor negative. Thus, the general recommendation is to refrain from these substances.

A commonly used additive is magnesium stearate. This excipient is also known as E 470 b and is actually a dry lubricant. While it is reported that this increases the accuracy of the dosage, many manufacturers do not use this additive. There are now reports that attribute the excipient to an impairment of the effectiveness of the preparation.

In most cases, the additives facilitate production, but are completely unnecessary for the body. In addition, you can apply the easy rule of thumb here:

We already know this from professional sport. Was it doping or just a contaminated food or even a supplement? Here, not only clean athletes are on the safe side and do without unnecessarily contaminated preparations.

As a vegetarian or vegan, it is of course important to ensure that the preparation has no animal ingredients. Usually, therefore, vegan dietary supplements are labelled accordingly.

The ingredients and the need for vitamin B12 are important for preparations.

As you can see, the form of administration is as individual as the dose. To do this, you should also make sure that there are no unnecessary additives in your chosen vitamin B12 preparation.

If you know how much you need and how you want to take it, the rest is easy. 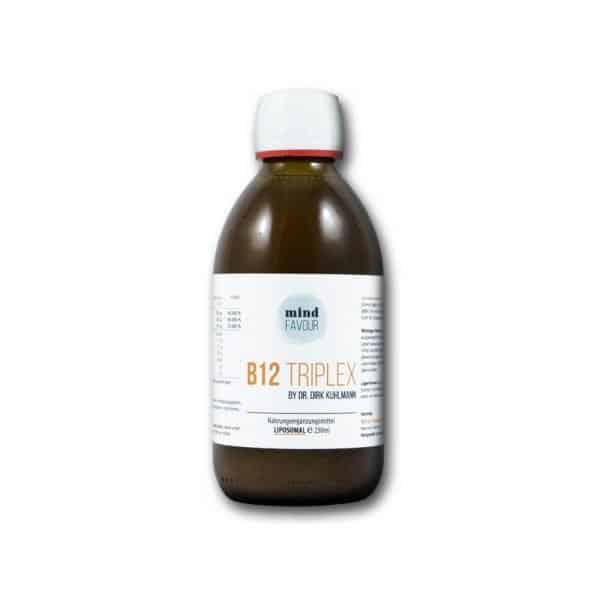 +
Quick View
Out of stock

Miracle cure red wine? How to get OPC vegan

Is Q10 vegan? What you should consider with Q10 as a vegan

Which dietary supplements are suitable for vegans

Vegan vitamins? How to get the vitamin B complex vegan.

These foods provide you with vegan vitamin C

Why iodine is particularly important in a vegan diet

Magnesium vegan? Why not!